The Save Movement is comprised of groups around the world who bear witness of pigs, cows, chickens and other farmed animals en route to slaughter. Our goals are to raise awareness about the plight of farmed animals, to help people become vegan, and to build a mass-based, grassroots animal justice movement. The Save Movement started in December 2010 with the inception of Toronto Pig Save. Today there are over 330 groups in Canada, the U.S., U.K. & Ireland, Australia, continental Europe, Hong Kong, South Asia, East Asia, South Africa, Mexico and Central/South America.

We encourage you to bear witness of animals sent to slaughter in your own community. Find out if there is a Save group near you (map of Save groups) or consider starting a Save group. We’ll help you with tips, resources, and support.

Animal Save Movement’s mission is to spread the idea that we all have a moral duty to bear witness, end animal agriculture and reforest the Earth.

Our vision is an equitable, eco-friendly vegan world, for the animals, the planet and health.

We are a love-based, global network of chapters that defines itself through a Tolstoyan and Gandhian approach to grassroots activism and social change. We take an anti-speciesist stance and are against all forms of discrimination and oppression. We return love for hate, and believe that ending violence and oppression must be done with compassion and kindness for all. We engage in nonviolent communication as a unique and powerful process for inspiring compassionate connection and action.

One of our main objectives is mobilizing people to become grassroots activists and organizers with expanding team leadership, a concept informed by the work of Cesar Chavez and the United Farm Workers. The theory of momentum driven organizing suggests mobilizing at least 3.5% of the population in nonviolent direct action and persuading majority public opinion for there to be major progress in the goals of achieving social change.

We Bring The Solutions

Informed by Leo Tolstoy and Mahatma Gandhi, we are working to replace the oppressive animal agriculture industry with an accessible, healthy, plant-based food system and reverse catastrophic climate chaos.

Recognizing the ethical imperative, the urgency reflected in climate science and the building of necessary street actions and majority public opinion, governments must take bold leadership and legislatively ban animal agriculture as soon as possible. Concomitantly we must reforest the land to absorb the excessive carbon out of the global atmosphere, increase biodiversity and provide safety and sanctuary for wildlife, provide clean water, provide livelihoods for local people and reduce stress and improve the wellbeing for all. 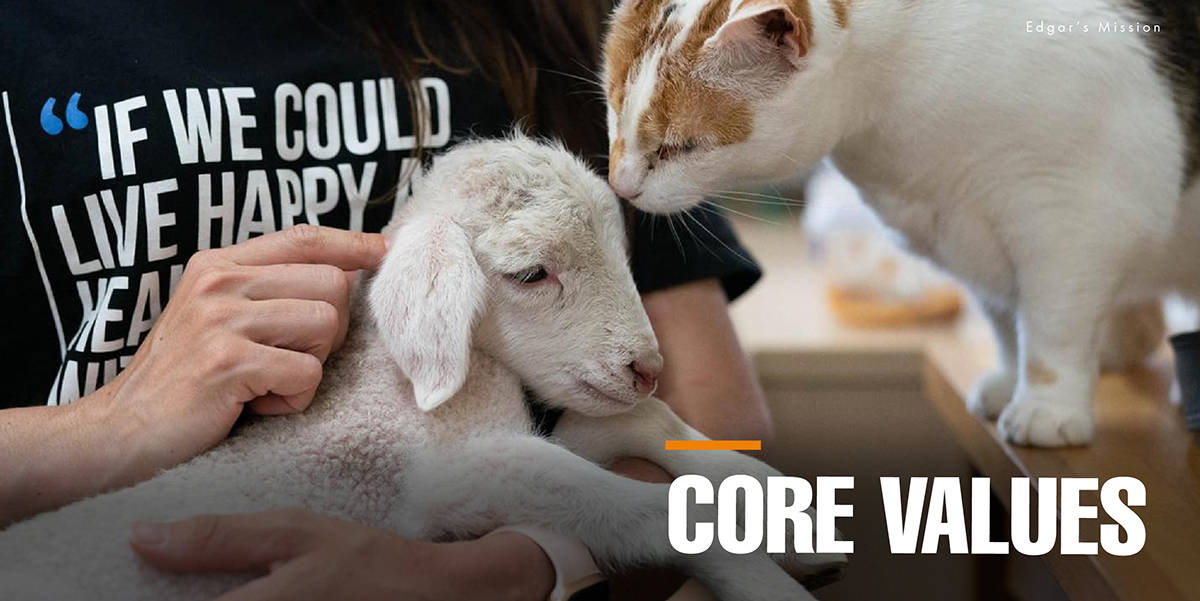 We return love for hate, and believe that ending violence and oppression must be done with compassion and kindness for all. We engage in nonviolent communication as a unique and powerful process for inspiring compassionate connection and action.

All groups affiliated with Animal Save Movement embrace our core values:

01 – All non-human animals should have moral consideration and be considered “persons” not “property”.

02 – It is everyone’s moral duty to bear witness, come close and try to help when animals are suffering and facing exploitation.

03 – We use a love-based, non-judgmental community organizing approach to activism where the means are as important as the ends.

04 – We encourage expanding team leadership to grow our movement, which is democratic with a horizontal structure supported by a core team of experts at the global level.

05 – We engage in ongoing mass training to increase our knowledge as activists and gain new tools to become effective organizers.

06 – We are building a diverse, equitable and inclusive movement where we oppose all forms of discrimination and oppression. We take an intersectional stance and build coalitions with environmental, anti-racist, and other social justice groups. Refer to Diversity and Inclusion Guidelines.

07 – We are creating a safe environment where activists pay attention to self-care and take care of each other.

08 – We believe in animal equality and the interconnectedness of life. As Tolstoy says, “all life is one, and that when men wish to harm others, they really do evil to themselves.”

Bearing witness is being present in the face of injustice and trying to help. Tolstoy says we all have a duty to bear witness.

Bearing Witness – A guest blog by Anita Krajnc, Co-Founder of Toronto Pig Save, We Animals, May 1, 2012 When the suffering of another creature causes you to feel pain, do not submit to the initial desire to flee from the suffering one, but on the contrary, come closer, as close as you can to him who suffers, and try to help him.” – Leo Tolstoy