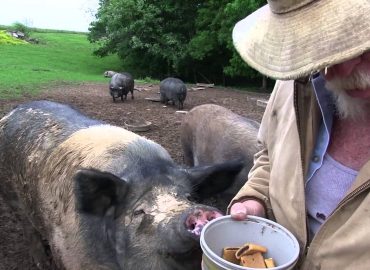 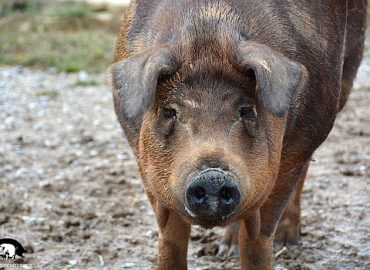 A New Model for the Lifetime Care of Rescued Pigs

A New Model for the Lifetime Care of Rescued Pigs 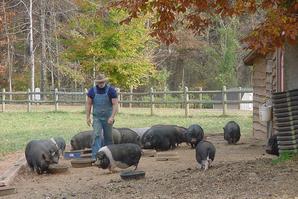 In 1985 two small herds of miniature Vietnamese Potbellied pigs were imported into the country from Europe.  The original plan was for these pigs to be bred to provide miniature pigs to zoos.  But, in an unforeseen twist, these pigs rapidly became extremely popular as the fad pet of the late 1980’s and early 1990’s.  My wife, who had always been a “pig lover” began a crusade to get one as a pet.  Finally, in order to bring some semblance of peace and quiet into my life, I agreed to buy her a potbellied pig…a decision that would prove to be a major factor in changing my life forever.

I wish I could say that there was some magical, bonding moment when we saw our first potbellied piglet.  But, truth be known, the little piglet we went home with from the breeders was the first little piglet that the breeder could catch as a dozen or more little black shapes darted back and forth in their pen squealing at the top of their lungs.

Being of Irish blood, I named the pig Paddy Murphy…after the old Irish saying: “To be as Irish as Paddy Murphy’s pig”. 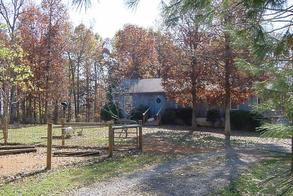 It took about two hours to realize that dealing with a piglet was nothing like dealing with a puppy or a kitten.  It also became glaringly obvious that we knew absolutely nothing about pigs…especially how to keep a pig as a house pet.  I am convinced that Paddy Murphy survived in spite of us rather than because of us…for we certainly made just about every mistake a pet pig parent can make.  But Paddy Murphy was very patient as she worked to train us.  Her desire to be outdoors was obvious, so I cut a “pet door” in the back door and Paddy Murphy became an “indoor/outdoor” pig…coming and going as she wished between the house and the large fenced back yard.

After a few months we decided that Paddy Murphy needed a companion pig.  As fate would have it, one of my firefighters had discovered a young miniature pig running in his yard and had caught it with a fishing net.  And so Damien Gilhooley (aka: Damien the Demon) came to live with us.

Soon the phone was ringing regularly with people asking us to take in miniature pigs.  To this day I’m not sure how the word got out about us.  But within a year or so we had something like 22 rescued pigs on our tiny acre and a half plot of land.

At this point I told my wife that we either had to quit taking in pigs or learn how to do pig rescue properly.  We discovered a pig sanctuary in West VA…possibly the first true pig sanctuary in the US.  We contacted them and started what would end up being about a two year internship with them as we learned as much as we could about pigs and how to operate a sanctuary.  In the meantime we were searching for a bigger plot of land and finally settled on a 17-acre piece of land in Culpeper, VA.

We called our sanctuary Minipigs, Inc.  At that time we took in only miniature pigs and, at one time, had over 200 rescued pigs living at the sanctuary.  In the mid 1990’s one of our board members asked us to take in a young Yorkshire farm pig she had rescued.  Babe had been born with a malformed and stiff rear leg and had been thrown in a ditch to die when our board member found her, brought her home and raised her.  It wasn’t long before my wife and I were smitten with the “gentle giants” and realized that these marvelous creatures had precious few options if they managed to somehow escape slaughter by the tender age of 6 to 8 months.  It also didn’t take us long to realize that 17 acres was woefully inadequate for a sanctuary that was rescuing farm pigs as well as the feisty miniature pigs.

Since my retirement from the fire department was fast approaching, we began a search for a larger piece of land on which to build a different kind of sanctuary … a Pig Preserve.  In late 2005 we found the perfect place in Jamestown, TN and in early 2006 we began relocating pigs and all of our farm equipment to the new sanctuary.  Minipigs, Inc. was dissolved and, in its place, The Pig Preserve was formed.

​To rescue pigs in need of sanctuary and to provide for them a safe, secure, healthy life in as natural an environment as is possible.

2. Create plan of succession; find someone to take the sanctuary over

5. Build base of reliable and consistent volunteers/interns

6. Increase education and outreach both online and at our physical location

7. Establish special needs and quarantine area to provide a space for the animals incapable of being with our main herd

Can I visit The Pig Preserve ?

The Pig Preserve is not normally open to visitors. This is both a ‘quality of life’ issue for the pigs as well as a biosecurity issue.

Some of The Preserve pigs come to us with long histories of abuse or maltreatment at the hand of humans. Others have never been socialized to humans. A number of the farm pigs weigh well in excess of 800-1000 pounds and they can be extremely rambunctious, especially when frightened or when they are interacting in groups. So, for their peace of mind (and ours) and for the safety of visitors, we generally do not allow visitors on The Preserve.

Biosecurity is always a major issue at any facility such as The Preserve. Visitors can, potentially, be transmission vectors for disease causing pathogens. To this end we have ‘people areas’, ‘pig access areas’ and ‘buffer areas’. We utilize foot washes and other decontamination procedures any time someone enters or leaves one of the pig access areas.

However, we will, occasionally, host visitors under special circumstances. Veterinary students doing research, long-term interns, special filming for documentaries, and Preserve donors and sponsors are all examples of visitors we will consider on a case-by-case basis. If you would like to visit The Preserve, you will need to contact us well in advance.