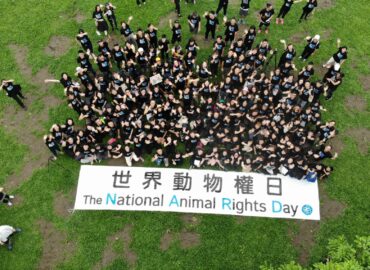 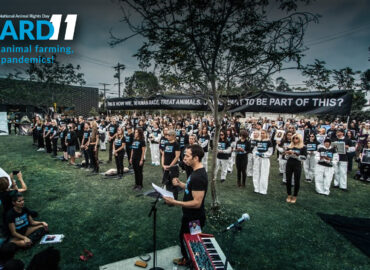 Our Planet Theirs Too

Promoting a new vision for all life on Planet Earth

Promoting a new vision for all life on Planet Earth.

We are a non-profit organization with a bold vision for planet Earth and all of the species of beings who live on it: human and non-human animals sharing this planet in peace and harmony. We believe that this Earth belongs to ALL beings who live on it, and they deserve to share its resources equally. The human race, rather than dominating and harming all other species and the planet itself, should take full responsibility and protect them. Because it’s our planet, and theirs too!

The day will come when no animal will be ‘farmed’ or kept in confinement against their will. No animal will be used, abused and killed by human beings, for any purpose, and all animals will be free to live their lives as they see fit, with their families and offspring. Factory farms, slaughterhouses, testing labs, rodeos, circuses, zoos and other places that confine animals today, will be a ‘horror show’ of the past, and will be replaced by animal sanctuaries, which will offer animals care and freedom for the rest of their lives.

Planet Earth will start to heal, and its land, air and water will become clean again, free from the abuse and damage caused by animal agriculture and its related industries.

This may sound like a utopian dream, but the process has already begun: more and more humans are ditching the cruelty inherent in using animals and their products, and transition to a plant-based, vegan lifestyle. And animal sanctuaries, that give a permanent loving home to animals rescued from factory farms and other human abuse, are popping up all around the world!

In the year 2020, planet Earth is in bad shape. A global pandemic, rapidly increasing global warming, civil unrest everywhere, and all animal species – 8 million of them – used and abused by the hands of one species: the ‘Human’ race. And that’s where it all starts.

All pandemics (in addition to the other major diseases that are plaguing this race, such as heart disease, diabetes and cancer) come from eating animals, the number one cause for global warming (in addition to water pollution, land pollution and deforestation) is animal agriculture, and the attitude of supremacy over other human beings starts with the taken-for-granted attitude of supremacy over non-human beings: animals.

Every year, TRILLIONS of animals are separated from their families and offspring, caged, abused, mutilated and eventually brutally killed, all to supply some human need or other: food, clothing, household products, entertainment… you name it. When looking at the sheer numbers of living beings this is done to, the well-oiled industrialized systems that do this, and the unimaginable cruelty involved – it is staggering. It’s a ‘holocaust’, no other word for it, and it is happening every minute of every day on this ailing planet.

We work to change this sad reality and bring our vision to life, by focusing on changing human beings’ inherent relationship to animals. We open human beings’ eyes to their unconscious biased and oppressive attitudes towards animals, and to the idea that animals have, and should have, the same basic rights that humans have, by the mere fact of being born as living beings on the same planet. We do so through the following, global, projects:

The National Animal Rights Day (NARD) is an annual day of massive public events held in a growing number of countries around the world, for the purpose of giving all animals a voice and raising awareness for their rights. It’s ‘Memorial Day’ and ‘Independence Day’ combined, for the animals.

The Declaration of Animal Rights

The Declaration of Animal Rights is the ultimate document that details all the rights animals have and should have, as living beings on planet Earth. It has been copied onto a 1,000 foot long scroll, translated to 20 languages, and signed by more than 20,000 people around the world so far.