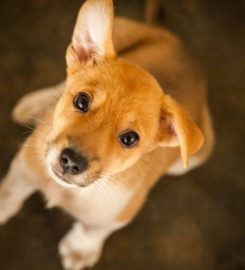 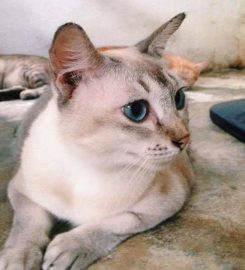 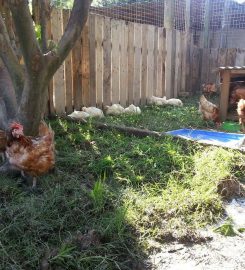 A Happy Home for Furry Friends

In the small town of Kundang in Selangor, Malaysia, lies a beautiful place which showcases the beauty of animals living in a loving environment, cared for by kind caretakers, and allowed to roam freely within nearly 2 acres that they call their homeland.

Welcome to Furry Friends Farm, a home to over 500 animals- 150 cats, 350 dogs, a goat and some chickens and rabbits. This is where the abandoned, abused and neglected animals get a second chance to live a happy life, and probably live forever after. And looking at the happy animals, you know how well they have acclimatized to living in this sanctuary which provides food, shelter and playtime to groom them into the lovely fur kids they are today. That they feel totally at home and are happy can be seen by the warm welcome and affection they show to visitors who may even be complete strangers to them.

Furry Friends Farm is a place for our furry friends to get tender loving care, a place for them to play and exercise, and a place for them to call home for the rest of their lives. This is an animal sanctuary but it is not just any ordinary animal shelter. It is a sanctuary with a difference, where the animals are grouped into separate spacious enclosures and allowed to roam freely within the space provided.

In this place, we will find diabetic cats and three-legged dogs, and many animals that are less mobile, but most of the animals here are healthy looking, thanks to the loving care of a highly capable team that looks after their needs.

Furry Friends Farm started as an animal shelter with the rescue of 10 dogs in 2006. It was officially founded on 4th October 2006 under the sole ownership of Ms. Sabrina Yeap, an animal activist and savior of dogs in Malaysia.

Sabrina’s life story is as heart-rending as many of the rescues under her charge. Having lost both her parents in an accident when she was a baby, she was brought up in a temple. She had no family in Malaysia as her parents were from China, but she found solace in rescuing many dogs and playing the role of loving caregiver in their lives. She took it as the calling in her life to care for less fortunate creatures, and she ran the sanctuary single-handedly.

Sabrina gained national attention in 2009 when Furry Friends Farm was involved in rescuing many dogs that had been left to die on an uninhabited island near Pulau Ketam, which in itself was a small island off Port Klang in Selangor.The Pulau Ketam (literally Crab Island) community was frustrated with the strays’ presence in their midst without any assistance from the government.

They resorted to taking 312 dogs to the remote island and leaving them to the elements. Many of the dogs died, whether from starvation, being cannibalized by other starving dogs, or drowning as they swam back to Pulau Ketam. Sabrina and her team of rescuers saved many of the dogs. The brave rescue brought the plight of the starving and dying animals to the attention of the local and international media. It also propelled Sabrina to international fame among the animal rescue fraternity.

Sadly, a few years later, friends were mourning the shock death of Sabrina, who died on July 17th 2012 as a result of leukemia, at the age of 49. She apparently learned of her illness just days prior to her death. Her untimely demise left a huge vacuum in the care of her fur kids. The burden to care for the helpless creatures then fell upon the shoulders of Myza Nordin, who was one of Sabrina’s close friends. Unwilling to let Sabrina’s efforts go to waste; Myza rallied a few friends and sourced for funds to keep the fur kids’ home going.

Registration as an NGO

The sudden death of the founder in 2012 without any succession plan left the sanctuary in limbo for some time. It was a really tough time then, with animals requiring care and vet bills reaching RM70,000. Thankfully, Myza Nordin had a lot of experience in publicity work and raising funds. Within a month, she together with friends cleared the debts, set up a society to properly manage the sanctuary as a registered organization, and got things running smoothly again.

At around this time, Georgie Gisborne, a British citizen who was no stranger to animal care and rescue, having volunteered and set up animal shelters in several countries, came back to Malaysia to offer her assistance when she heard that Sabrina had died.

The sanctuary is currently under the management of Myza Nordin, the Sanctuary President, and Georgie Gisborne, the Sanctuary Manager. They have several full time workers. In addition, they receive invaluable assistance from volunteers, both local and international.

The canines are not caged in this shelter. Instead, most of the 350 canines live in large enclosures grouped by packs with enclosures having 1 to 3 alpha males and females. However, 3 dogs are housed in solitary enclosures due to psychological problems. Nevertheless, they still get their daily exercise time. Difficult males usually live with their female companions. All the dogs are spayed and neutered to control the stray population.

The 150 felines are housed in two main areas: one for FiV positive (the feline-equivalent of HIV) cats and the other for uninfected felines. These are further divided into smaller rooms for the felines with renal issues and diabetes, which need daily medical treatment. They are provided shelves to sleep on and various kinds of simple equipment for them to climb and exercise.

Furry Friends Farm have their own super-cute ambassadors, Kuning (a dog), and Rajoo (a goat that thinks it is a dog), which do a good job of enticing and charming the crowds during their appearances in malls and schools as part of their publicity-drive.

Kuning is a quiet and watchful dog. He is the superhero dog of Pulau Ketam infamy. He was among the 312 dogs dumped by Pulau Ketam residents on a mangrove island in 2009. Although a mixed-breed dog, he showed intelligence par excellence. During the crisis, as Furry Friends Farm rescuers tried to bring the abandoned dogs out of the swampy island, Kuning swam out to a nearby fishing pontoon and guided the other dogs to the rescue boat.

Rajoo, the goat that thinks he’s a dog, recently celebrated his 5th birthday with much fanfare. Rajoo was brought up at the shelter with dogs, and maybe because of that, started thinking he was a dog. He used to eat dog kibble and only recently became a vegetarian. He lives in an enclosure with his female companion, Daisy, a dog.

Sabrina who found him outside the shelter when he was a little kid rescued Rajoo. She paid RM200 to save him from slaughter. He is well groomed and quite a big goat, weighing more than 40 kg. He has become the sanctuary’s mascot and is well loved by the public. He loves travelling in a car. Rajoo is a great asset to the shelter. Not many people get to interact with a goat like Rajoo.

Today the sanctuary is a bustling, thriving shelter filled with happy, healthy animals and has opened its doors to visitors. As the farm is situated nearby forestry and lakes, it is prone to wildlife visitors such as cobras, pythons, crows, and even monitor lizards.

At the shelter, there are no any shiny and clean tiled floors. The ground has been kept deliberately grassy with lots of sandy and dirty areas for fur kids to play and hide. The dogs here love digging and rolling around on the grass. There are lots of trees and plants to provide shade and plenty of activities for their playtime so they don’t feel bored. There is a swimming pool for the dogs, which also serves as a hydrotherapy pool for dogs that need treatment.

Furry Friends Farm is a ‘no-kill’ animal sanctuary, meaning that animals are not euthanized, as far as possible. They have a policy of no-kill, but in extreme cases, where the animal is unhappy and has lost the will to live, then only will they be assisted towards relieving the pain.

All these efforts to provide comfort to over 500 animals don’t come cheap. The non-profit, non-governmental organization’s costs to upkeep the sanctuary reaches up to RM40,000 per month, inclusive of staff wages, food and other overheads. The sanctuary thrives on donations entirely, and so activities and donation drives are frequently carried out.

Embracing Veganism at the Sanctuary

With the key management members, Georgie and Myza, being vegans, and the sanctuary itself always opening its doors to more than just cats and dogs, Furry Friends Farm has tried its best to adhere to and promote veganism. They are proud to call themselves a vegan-run sanctuary, and ensure that all human food eaten or served at the sanctuary is vegan.

Recently, the sanctuary has started a dog boarding service as another source of income for the farm. So if you are going outstation or abroad, and need someone to look after your furry friends, look no further. Your companion animals will be well looked after, have a spacious enclosure, good quality meals, daily exercise and round-the-clock supervision by caretakers who stay in-house. On top of that you will also be helping to sponsor the fur kids that live in the sanctuary since all proceeds go towards the operations of the farm.

Want to Volunteer? Here’s an Opportunity!

Extra hands are always needed around the shelter as it has 500 lives to take care of. If you are looking for an engaging place to volunteer, either on a weekend or for a longer period of time, this is the place to learn new skills and indulge in non-stop contact with a wonderful group of happy and healthy animals. Training is provided for volunteers.

Myza and Georgie have spent the last 5 years of their lives at Furry Friends Farm, contributing to animal welfare and bringing hope to otherwise hopeless situations. We salute Georgie, Myza and the wonderful team at Furry Friends Farm for their hard work and dedication towards animals which need a second chance in life. And to the late Sabrina Yeap, we owe our thanks for her vision.

The farm hopes to inspire an increasingly compassionate and humane society towards the welfare of furry animals as they believe that the farm serves as a stepping-stone towards creating a more caring and loving society.

We hope that the public will contribute generously to help in the costs of running this shelter and try to volunteer their time, if they can.

How you can help Furry Friends Farm