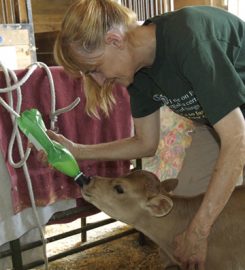 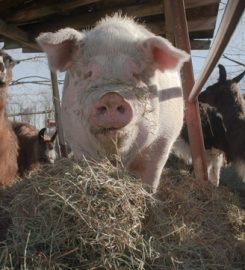 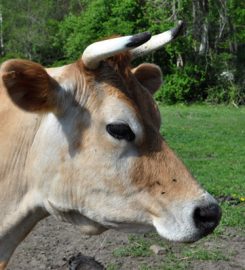 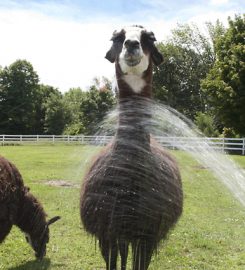 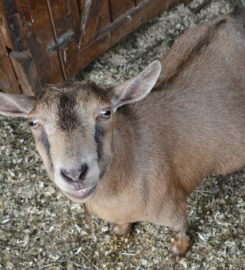 Where Farm Animals live in peace

Click on the links above to find more about our animal residents. If you would like to meet them in person, we invite you to take a sanctuary tour.

There are more than 100 animals who call MFS home. Some of them were part of the farm that was previously run by MFS co-founders Jim and Cheri before they transformed the property into a sanctuary. We are honored to be able to give these animals the lives of peace and comfort they deserve.

The other animals were rescued in the 20+ years that the sanctuary has been in existence. Many come from situations of abuse, neglect, and abandonment. Thanks to the wonderful MFS community, including our generous supporters and volunteers, we are able to give these animals nutritious food, a safe home, loving care, and second chances.

All of our animals also serve as ambassadors for the billions of farm animals who are still being exploited. It is our hope that their stories will touch lives and change hearts just as they did for Cheri and Jim.

MFS welcomes visitors for public, private, and group tours. Visitors interact with animal residents while learning about their stories and the history and mission of the sanctuary.

Important Note: For the safety of the public and our animals, MFS does not allow walk-in visitors. All visitors must register for a tour in advance. Thank you for your understanding.

An animal sanctuary can be a profound experience for many people. Interacting with animals typically seen as food can be life changing. Often visitors leave with a new perspective and respect for our animal friends. The sanctuary is quite different from a zoo. It is home for the animals, a place for them to feel safe and be cared for. We ask that all visitors treat the animals with respect and courtesy.

Please wear appropriate clothing for being outdoors and proper footwear for being among farm animals. The barn floors are cleaned daily, but the animals leave “presents” whenever they need to!

For the safety of our animals and yours, companion animals are not allowed at Maple Farm Sanctuary. Please do not leave companion animals inside your vehicle as temperatures can reach dangerous levels quickly, even with windows open.

Email tours@maplefarmsanctuary.org if you have any questions about MFS tours.

What to expect when visiting Maple Farm Sanctuary

Visiting an animal sanctuary can be a profound experience for many people. Interacting with animals typically seen as food can be life changing. Often visitors leave with a new perspective and respect for our animal friends. The sanctuary is quite different from a zoo. It is home for the animals, a place for them to feel safe and be cared for. We ask that all visitors treat the animals with respect and courtesy.

Please wear appropriate clothing for being outdoors and proper footwear for being among farm animals. The barn floors are cleaned daily, but the animals leave “presents” whenever they need to!

For the safety of our animals and yours, companion animals are not allowed at Maple Farm Sanctuary. Please do not leave companion animals inside your vehicle as temperatures can reach dangerous levels quickly, even with windows open.

Vegan Food Options in the Area

Looking to enjoy some delicious vegan food on the way to or from your tour? Check out our guide to vegan food options within 30 minutes of the sanctuary.

Ever since MFS was founded, volunteers have been an indispensable part of our organization. Our dedicated volunteers make an impact on a daily basis, from cleaning barns and cutting up fruits and veggies for the animals to helping organize events and raise money behind the scenes. Read more about our volunteer opportunities below.

Help with Produce Pick-Up and Chopping

As our produce program expands, MFS needs volunteers to help with the following tasks:

Contact volunteer@maplefarmsanctuary.org or fill out our volunteer application if you are interested in helping with either of these volunteer activities.

Put your professional skills to use to help animals! Specifically, we are seeking the following:

Please fill out our volunteer application or contact volunteer@maplefarmsanctuary.org for more information about these projects!

“From Goat Farmer to Sanctuary Founder”

(Published in SATYA Magazine in June 2007)

Let me begin by stating I’ve always loved animals, but I grew up in a society that treats them as possessions, as things—a “meat and potatoes” world. I had no idea the flesh I consumed came from wide-eyed cows and innocent fluffy chickens. And while I knew I always wanted to work with animals, it took time and several life lessons before I found a job that truly benefited them.

My first growth spurt came when I was employed at a drug manufacturer, as both a histology technician and—brace yourself—autopsy room technician. I was told the research benefited mankind and that the killing of test animals was called “sacrificing.” In the logbooks where we recorded autopsy room data, we didn’t kill anything, we “sacrificed numbers.

I remember early in my employment, walking to where the dogs—sweet little beagles—were caged and routinely dosed with compounds such as growth promotants, antibiotics, dopamine and a multitude of others. I would talk with them, reach through the cages to pet them, all the while looking into their trusting, unknowing eyes. I did this for only a few days before I was caught and reprimanded for this behavior.

I was told test animals were to have no human contact other than dosing, examining, cleaning and feeding since any expression of affection would cause the animal to have a will to live and adversely affect their reaction to the compounds they were given. Well, I tried living with that justification for about four years before I left. My life of discovery had begun.

My next job was at an aquarium. And while I found myself amongst many who adored and cared for animals, we were working for folks who lined their pockets with their blood. My job description as “aquarist” included feeding and monitoring the health of the thousands of fish and a few marine mammals, monitoring the quality of the water, helping the staff care for the marine mammals and assisting with autopsies.

When the aquarium received four bottle-nosed dolphins, I felt lucky to have the privilege of swimming with them during their adjustment to captivity. Then a misjudgment on management’s part ruined that vision. A satellite pool, off the main pool, was divided into four sections, similar to a rotating pie.

The sections were used to hold dolphins, as a form of punishment, for not properly doing a trick for the paying public. While each section was framed with metal piping, the fabric dividing the areas was nylon netting. The trainers tried telling management this was an accident waiting to happen but the pleas fell on deaf ears.

Early one morning, I heard the high-pitched screams. We may not speak their language, but anguish, sadness and frustration are easily translatable. One of the male dolphins had caught his nose in the netting and in trying to free himself, actually twisted tighter, trapping himself underwater. In the wild, if a dolphin is sick or injured, the others come to his aid and push him to the surface for air. In this captive setting, the other dolphins could only watch as their companion slowly drowned.

A fellow worker and I dove in with a knife hoping to cut the netting but it had tightened so severely around the dolphin’s nose we couldn’t get it off. We could only cut the section free and bring the lifeless body to the surface. Shortly thereafter, the dolphin was replaced with another caught from the wild, the netting replaced with metal chain link, and the show went on.

I subsequently left the aquarium and spent a short time as a graphic designer before deciding to become a goat milk farmer. I actually met my husband, Jim, when collecting goats for my business. He was selling his dairy cows and getting ready to raise replacement heifers. We became inseparable.

One day I entered the barn while he was milking and noticed an obviously ill calf. When I questioned what would happen to her, he told me regardless of the calf’s illness she would be sent to a livestock dealer where she would be sold for meat. At the time, I had some money set aside and pleaded with him to let me take care of the sick calf. He reluctantly agreed.

I brought the calf to Tufts’ veterinary clinic where the vet started IV fluids and antibiotics and said that if left uncared for another day she would have died. When she was well enough I brought her back to the farm where she eventually became a dairy cow.

In time, our consciences would not allow us to continue milking our cows for the purpose of producing dairy products. Instead, we increased the goat herd and began to sell goat milk. The very unfortunate byproduct of this was, “what to do with all the kids?”

In certain ethnic communities it’s tradition to have baby goat meat during the Easter holiday. Those of Portuguese and Greek descent, who knew of our farm, would overwhelm us during this period. We would weigh the 25-35 pound kids and the customers paid. They were then hogtied and picked up like pieces of luggage and literally thrown into the back of a trunk or pick-up truck.

These babies would look into my eyes with trust, wonder and fear. Jim and I knew their fate. Having been in the dairy business his whole life Jim had tried to harden my emotions. We couldn’t possibly keep all the kids, and not many people want goats as pets.

Many times Jim and I stood at the gate listening to our baby goats cry as they were driven away. It was at one of those horrific moments when Jim and I looked at each other with tears in our eyes and began our journey to a no-kill life. It was a frightening time for us because the goat milk and the kids were part of our income in supporting the farm.

We went on a quest to find someone to help change our ways and help with the animals. We contacted PETA and I spoke to a wonderful person who reassured me, in between my sobbing, that we were doing the right thing. To ease the financial burden we were given a list of farm sanctuaries to call that could perhaps take some of the goats. After several calls to sanctuaries with no room, we found OohMahNee.

Founders Cayce Mell and Jason Tracy assured us that we were indeed doing the right thing. My heart was aching. I loved my goats and having to send them away was difficult even though I knew it would be a safe place for them. After much thought, we sent half of our herd to the OohMahNee and PIGs sanctuaries. It was a day of mixed feelings but Cayce and Jason were my angels and comforted us during this distressful time.

Today, Jim and I live a vegan lifestyle and have our own small sanctuary in Massachusetts, Maple Farm Sanctuary. A safe and loving refuge for farmed animals, they live the remainder of their lives in peace, free to roam and meander the land.